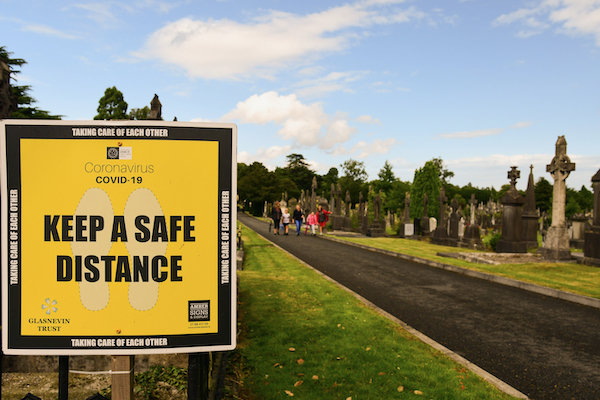 DUBLIN — More work is needed to stop potential “spillover” of pathogens from animals to humans, according to scientists investigating pandemic prevention.

The team believes that “reducing deforestation and regulating the wildlife trade” could come in at “as little” as 22 billion dollars a year, roughly around 2 per cent of “the economic and mortality costs of responding to Covid-19.”

“Investments in outbreak control, such as diagnostic tests, drugs and vaccines, are critical but inadequate to address pandemic risk,” they wrote.

The origins of the coronavirus that causes Covid-19 remain a mystery. almost 18 months since the World Health Organization (WHO) declared a pandemic.

Beijing last month said it would oppose continuing the WHO investigation into virus’ origins, which saw researchers visit Wuhan at the start of the year before positing animal-to-human transmission as the likeliest cause.

However last week, Peter Ben Embarek, the head of the WHO investigation, told Danish TV that the theory the virus came from a Chinese laboratory was “in the probable category” and “likely.”

Chinese Foreign Ministry spokeswoman Hua Chunying said on Tuesday “the origins study should be carried out in multiple places around the world and there are many suspicions on the US.”

Research by the University of Glasgow and two Chinese universities and published on Tuesday by Science magazine listed “animal-to-human transmission associated with infected live animals” as “the most likely cause of the Covid-19 pandemic.”

But the so-called “lab leak” theory, whuich was last year dismissed as a conspiracy aired by then-US President Donald Trump, has regained ground recently after Trump’s successor Joe Biden called for more transparency from China and requested US government agencies take another look at the virus’s origins.