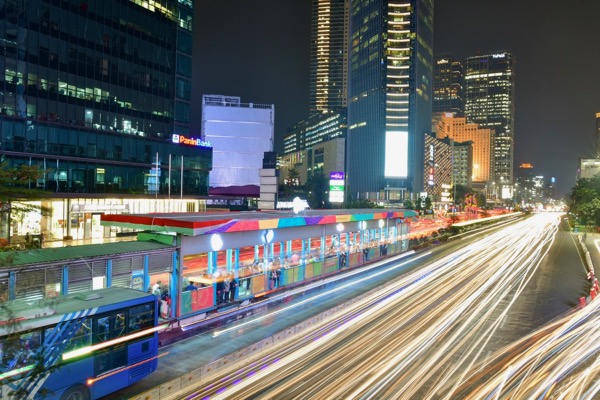 Rush hour in central Jakarta, a city known for heavy traffic, but a hub for Indonesia-based businesses (Simon Roughneen)

DUBLIN — Most East Asian countries “innovate less than would be expected given their per capita income levels” and could therefore struggle to sustain recent economic growth, according to the World Bank.

Countries in the region are dogged by “insufficient staff skills and limited financing options,” the bank said in a report published late Tuesday, with firms often seeming wary of investing in innovation because “policies and institutions are often not aligned with firms’ capabilities and needs.”

Lower-than-expected innovation could lead to questions about “whether the region’s past model of development can continue to deliver rapid growth and poverty reduction,” the bank said.

That trusted model is now seen in high-growth Vietnam, one of the few economies to expand last year as governments imposed lockdowns in response to the coronavirus pandemic.

Countries that decades ago were low-wage factory hubs, such as South Korea and Singapore, have long since become advanced economies with incomes matching Europe and North America.

Most of Asia’s economies recovered quickly from the 2008-9 financial crisis and have fared better in the face of the pandemic than countries in Europe and North America.

However countries such as Malaysia and Thailand are struggling to leap from “middle income” to “developed” or “wealthy.”