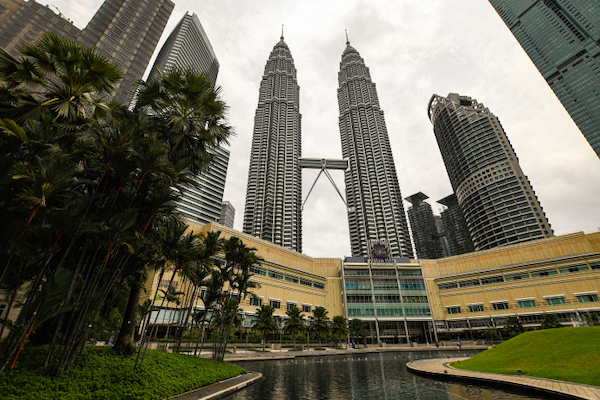 The Petronas Towers in Kuala Lumpur, a famous landmark and tourist attraction and likely to be inundated with visitors if tourism revives (Simon Roughneen)

Governments need to “rethink global travel restrictions,” according to the Singapore-based secretariat of the 21-country Asia-Pacific Economic Cooperation (APEC) bloc, which described the curbs as “chaotic.”

The frontier rules “are not consistent,” the secretariat said on Wednesday, leading to “even essential travel” becoming “more cumbersome” and “more exclusive” than it has been for decades.

Many countries in the region have in recent months been reporting their highest death and case numbers since the start of the pandemic.

But APEC said those numbers “have spiked regardless of the stringency” of restrictions and called on countries to “harmonize” rules, saying “the morass of conflicting and contradicting Covid-19 regulations at [APEC’s] borders can no longer be excused as teething pains.”

Countries across the Asia Pacific region have imposed stricter and longer-lasting border controls than elsewhere, leading to a much slower rebound in traveller numbers.

While international passenger numbers remained over 70 per cent lower worldwide in July compared to the same month in 2019, in the Asia Pacific region the difference was 94 per cent, according to a recent report by the International Air Transport Association (IATA), which represents almost 300 airlines carrying around eight in 10 of the world’s passengers.

APEC’s biggest economy, the US, said this week it would relax restrictions for some arrivals from Europe, while others such as Singapore have sought bilateral deals aimed at smoothing business travel.

However countries including Australia and Malaysia have been sealed off since March last year, making it difficult for even their citizens to leave or return.