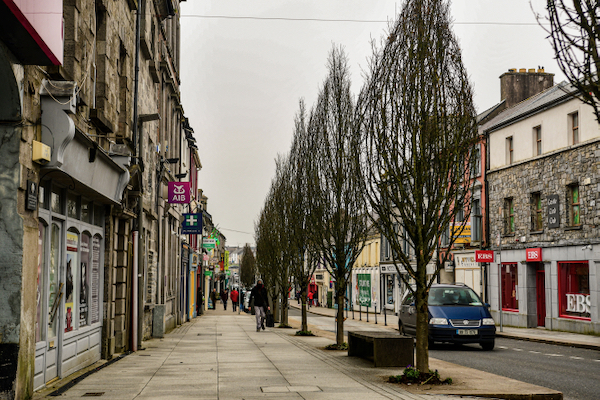 DUBLIN — Ireland’s economy could recover “quite strongly” from pandemic-related curbs in 2021 but employment is unlikely to bounce back for at least two years, according to the state-funded Economic and Social Research Institute (ESRI).

In a report published on Thursday, the ESRI cut its earlier 2021 gross domestic product (GDP) growth forecast from 5.2 per cent to 4.4 per cent, citing the likely impact of Ireland’s ongoing third lockdown, which was imposed in late December.

The ESRI said the revised projection assumes “a gradual easing of restrictions” from next month and that Covid-19 jabs “will facilitate the broad relaxation of public health restrictions in the second half of 2021.”

Ireland’s economy grew by 3.4 per cent in 2020 on the back of record exports in multinational-heavy sectors that have thrived during the pandemic.

The Central Bank’s Mark Cassidy told a parliamentary hearing on Tuesday that GDP growth last year was “largely accounted for by a surge in pharmaceutical exports and continued strength in the IT sector.”

Sectors geared towards the small domestic market lagged, however, with unemployment hitting around 25 per cent in early 2020 after “non-essential” businesses such as restaurants, pubs and many shops were forced to close again.

The ESRI’s Kieran McQuinn warned on Thursday that “unemployment is unlikely to fall back to its pre-pandemic levels until 2023 at the earliest.”

The Licensed Vintners Association, which represents pub owners, told parliamentarians on Tuesday that some Irish businesses had faced “the longest, most severe lockdown in Europe” and said the government should give “clarification on reopening scenarios.”