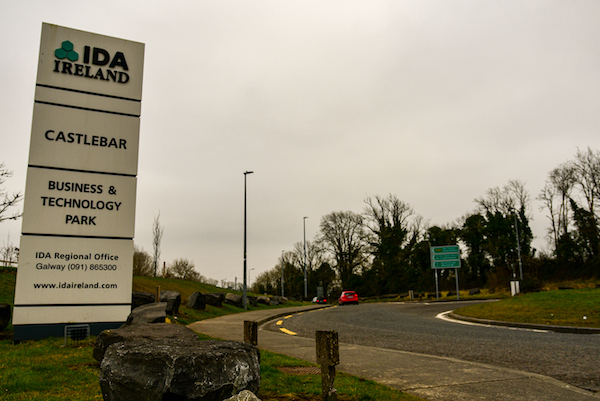 DUBLIN — Ireland’s gross domestic product (GDP) grew by an estimated 3.4 per cent last year, according to the Central Statistics Office (CSO), an expansion driven by foreign business and exports but coming as domestic output shrank.

“Multinational sector growth was 18.2 per cent in 2020 while non-MNE [multinational enterprise]-dominated sectors declined by 9.5 per cent,” the CSO said on Friday.

US multinationals in sectors that have enjoyed surging global demand during the pandemic, including pharmaceuticals and big tech, have regional headquarters in Ireland – drawn by low taxes and European Union membership. Amazon and Microsoft were among the American corporate giants to announce expansions in Ireland last year.

The CSO gave an alternative “gross national product” measurement that “excludes the profits of multinationals,” which cut Ireland’s growth to 0.6 per cent. Going by another yardstick, known as “modified domestic demand,” Ireland’s economy shrank by over 5 per cent last year, roughly in line with the rest of the EU.

Donohoe said the numbers “once again point to the dual economic impact of the pandemic, with domestic activities bearing the brunt.”

While Ireland’s GDP expanded overall in 2020, the reintroduction of strict pandemic curbs contributed to a late year slump, which saw GDP shrink by 5.1 per cent in the final quarter.

A second coronavirus lockdown ran for six weeks from mid-October, followed by a third imposed in late December and set to run until May.

Donohoe said he expects a “further contraction of the domestic economy” in early 2020, “due to Level 5 restrictions.” Ireland’s tiered pandemic restrictions run from levels 1 to 5, with 5 meaning lockdown.

The curbs have been among Europe’s tightest, according to the University of Oxford’s Our World in Data, forcing many businesses to close.

Although February unemployment dropped slightly to 24.8 per cent, “the Covid-19 crisis has continued to have a significant impact on the labour market in Ireland,” according to the CSO’s Catalina Gonzales.