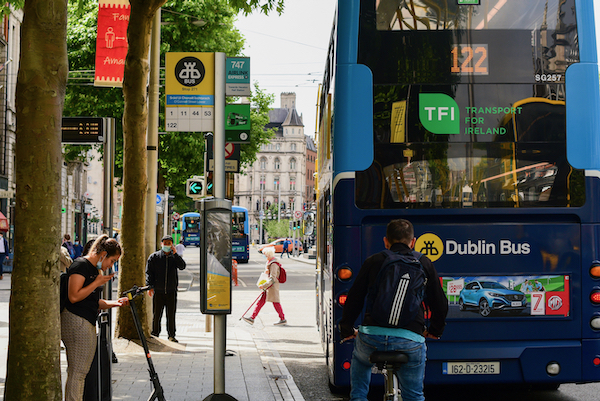 In Dublin, the capital of Ireland, where the government has been slow to lift coronavirus restrictions compared to neighbours (Simon Roughneen)

DUBLIN — Most of the world’s big economies are running below pre-pandemic levels despite “accelerating” growth in the second quarter of this year, according to the Organisation for Economic Co-operation and Development (OECD).

Overall gross domestic product (GDP) across the OECD remains 0.7 per cent below that reported at the end of 2019, shortly before the coronavirus pandemic was declared, the Paris-based OECD said on Monday.

That’s despite GDP expanding 1.6 per cent across the Group of 7 (G7) economies in the second quarter, up from 0.4 per cent in the first three months of the year.

Britain grew the fastest of the 7, at almost 5 per cent from April to June, after a near 2-per-cent contraction during the previous three months, when, like in many Western countries, economically-debilitating pandemic restrictions were in place.

Germany and the US reported 1.6 per cent expansions, while Canada was the sole G7 country to see its GDP shrink in the second quarter. France and Japan recorded sluggish growth of 0.9 per cent and 0.3 per cent.

Despite the recent return to growth, Britain’s economy was 4.4 per cent smaller by the end of June than before the pandemic, with Italy the next worst, at 3.8 per cent, though US GDP had recovered to pre-pandemic levels.

While global GDP is expected to grow strongly this year, both the World Bank and OECD expect the expansion to be “uneven,” with less wealthy and tourism-dependent economies lagging.

The OECD warned three weeks ago that “persistent uncertainties” around the pandemic mean major economies could at least expect “moderating growth” in the coming months.