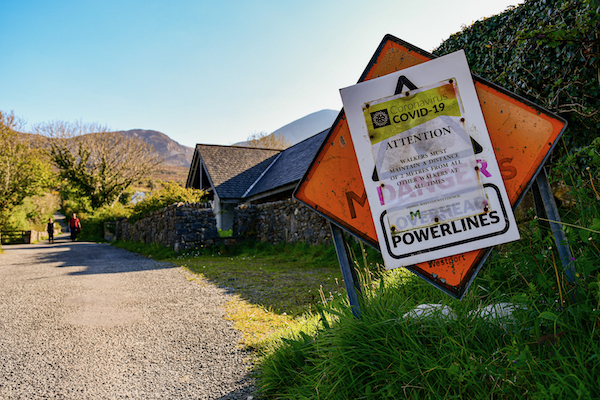 Pandemic curbs led to a collapse in travel and tourism, affecting visitor numbers to attractions such as Croagh Patrick, a pilgrimage mountain on Ireland’s Atlantic coast (Simon Roughneen)

DUBLIN — The World Tourism Organisation (UNWTO) said on Wednesday that first-quarter arrivals were down 83 per cent on the same period last year, as pandemic restrictions continued to hold back international travel.

Official data collated by the United Nations agency showed Asia and the Pacific continuing “to suffer the lowest levels of activity with a 94 per cent drop in international arrivals over the three-month period.”

North America reported the smallest decline, at 71 per cent, while arrivals in Europe were down by over 80 per cent.

Travel ground to a halt in March 2020 after the World Health Organization (WHO) declared the coronavirus outbreak to be a pandemic.

While restrictions are being eased slowly in Europe and North America as more people are vaccinated, strict curbs look set to remain in place elsewhere, particularly in Asia, where some borders have remained closed since March last year.

Several countries in the region, such as India and Malaysia, have seen surging coronavirus case numbers and death tolls in recent weeks, further diminishing prospects for travel.

According to the UNWTO, the “continued imposition of travel restrictions and the lack of coordination in travel and health protocols” are “the main obstacles to the sector’s rebound.”