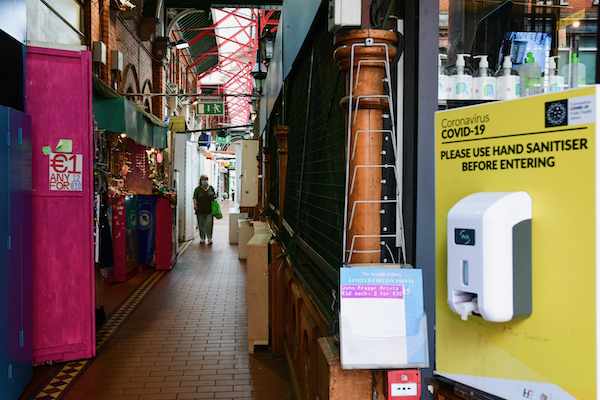 DUBLIN — After more than a year of easy-to-hack pandemic-induced Zoom meetings, the world could be “one step closer to ultimately secure conference calls,” according to a British-led team of scientists.

The group, which includes academics from Heinrich Heine University in Dusseldorf, claim in the journal Science Advances to have discovered how to facilitate hack-proof “quantum-secure conversation” between four parties.

Since the onset of the coronavirus pandemic, what the team calls the “global reliance on remote collaborative working, including conference calls,” has led to a “significant escalation of cyberattacks on popular teleconferencing platforms in the last year.”

The team said their newly published research is “a timely advance” that “could lead to conference calls with inherent unhackable security measures, underpinned by the principles of quantum physics.”

According to author Alessandro Fedrizzi of Heriot-Watt University in Glasgow, the work was based on what Albert Einstein called “spooky action at a distance,” referring to “quantum entanglement.”

The work was supported by the European Union’s Horizon 2020 programme and is also part of a 1-billion-pound (1.4-billion-dollar) British government-backed effort to “exploit fundamental laws of quantum physics for the development of secure communications technologies and services,” known as the Quantum Research Hub.

The Trump administration announced 1 billion dollars in US government quantum computing-related funding in August, though China in the meantime could have stolen a march on competitors with a new computer that can purportedly solve mathematical problems beyond the reach of existing “supercomputers.”

The breakthrough, which was reported last year in the journal Science, followed Beijing in 2016 launching the world’s first “quantum satellite.”