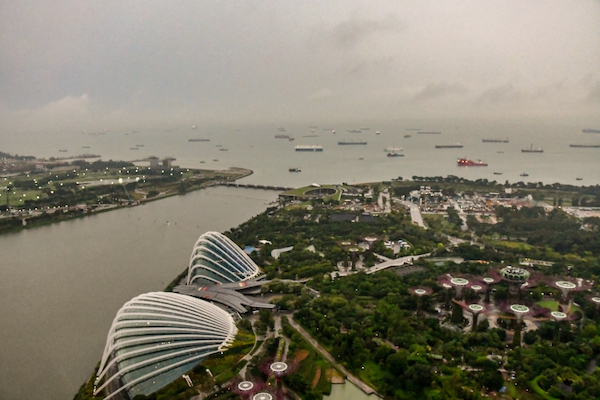 DUBLIN — Wealthy city-state Singapore is no longer the world’s most competitive economy, according to the Institute for Management Development (IMD), which on Thursday put Switzerland top of its 2021 World Competitiveness Ranking.
Singapore topped the list for the previous two years and was the sole Asian representative in the top five, which was rounded out by Sweden, Denmark and the Netherlands.
Though most European countries were hit hard by the coronavirus pandemic, measured by lives lost and case numbers, the Lausanne-based IMD said the continent’s economies “weather[ed] the health crisis better than most other regions,” with Switzerland ranked highest after it “kept a disciplined financial strategy.”
Singapore’s fall from first to fifth  ame despite it being relatively lightly hit by the pandemic – and was down to “problems with job losses, lack of productivity and the economic impact of the pandemic,” the IMD said.
Singapore’s economy shrank by a record 5.4 per cent last year, though it has since rebounded. The government on Thursday reported a sixth consecutive month of exports growth, with almost 9 per cent recorded in May.
Hong Kong and Taiwan were the other two Asian economies to make the top 10, while India and Malaysia, both of which have been hammered by the pandemic in recent weeks, either held steady or rose slightly.
China, the world’s second-biggest economy and one of the few to grow in 2020, rose from 20th to 16th as it sustained an “upward trajectory” based on “continued reduction of poverty and boosting of infrastructure and education.”
The US retained 10th position while Britain moved up one place to 18th, after both came up with what the IMD termed “effective” economic policies during the pandemic.
Show
Follow us on TwitterFollow @Arevico
Share