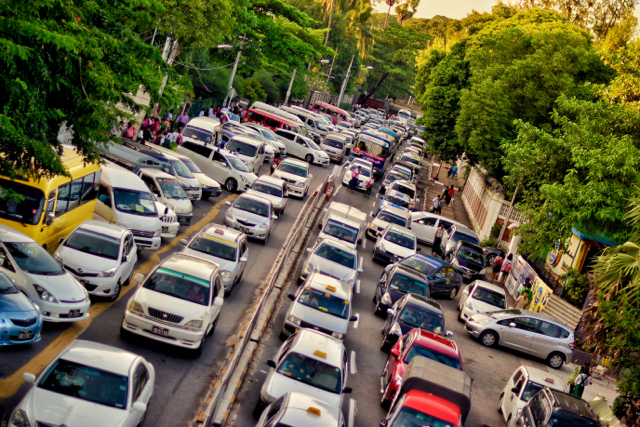 Traffic jam in central Yangon. The Myanmar commercial capital has become increasingly clogged in recent years, with more cars on the streets as investment grows and a long-isolated economy opens up (Simon Roughneen)

The coronavirus pandemic has worsened a “grim” economic outlook for the world’s poorest countries, UN trade officials believe, with many likely to be “mired” in crises for years to come.

An “emerging two-speed global recovery” from the pandemic and related restrictions, which last year caused most countries’ economies to shrink, could “reverse many hard-won development gains,” the United Nations Conference on Trade and Development (Unctad) warned on Monday.

Around a billion people living in 46 “least developed countries” (LDCs) face falling further behind wealthier neighbours, the Geneva-based Unctad said, in a report marking a half-century since the term LDC was first used by policymakers.

Unctad Secretary-General Rebecca Grynspan said the LDCs, which have a combined gross domestic product (GDP) of 1.2 trillion US dollars, roughly the same as Mexico or Indonesia, are at “a critical juncture.”

Most could take several years to regain their 2019 GDP levels, Unctad cautioned, with the worst-hit only catching up midway through the decade.

Alhough overall manufacturing exports from LDCs have almost doubled over the past decade, many remain dependent on commodities such as oil and minerals.

Unctad said earlier this year that most poorer commodity-reliant economies typically struggle to boost productivity or develop other sectors other than tourism, in some cases.

Before the pandemic, LDCs with growing manufacturing sectors, such as garment-making hubs Bangladesh and Cambodia, had looked best-placed to make progress.

But another such candidate, Myanmar, has fallen back after the army seized power this year, with the Asian Development Bank (ADB) last week warning that its GDP could shrink by around 18 per cent.