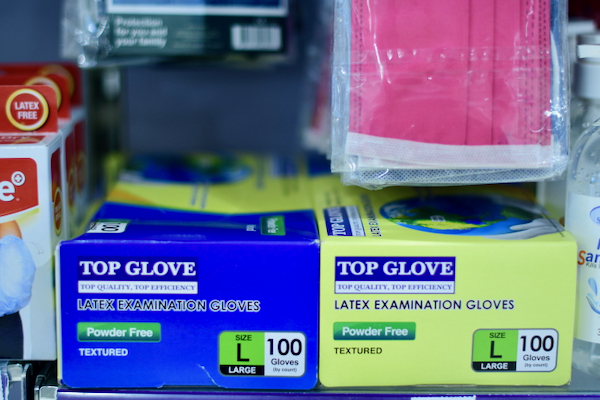 Medical rubber gloves produced by a leading Malaysian manufacturer, sales of which have surged due to coronavirus. Research spending has also gone up in sectors that have grown since the start of the pandemic (Simon Roughneen)

Research and development (R&D) spending in booming sectors such as software and pharmaceuticals has increased since the start of the coronavirus pandemic, while transport and travel, which have been hit hard by the pandemic, have reported falling outlays.

Overall spending increased last year, according to the World Intellectual Property Organization (WIPO), which said that “scientific output, expenditures in research and development, intellectual property filings and venture capital deals continued to grow,” after a record-setting 2019.

However WIPO warned that research spending varied “across sectors and regions” and said that “firms in sectors heavily hit by the pandemic’s containment measures” were forced to “cut back their innovation outlays.”

WIPO had earlier reported an “all-time high” number of patent filings for 2020, describing the record on Monday as “driven by medical technology, pharmaceuticals and biotechnology.”

Around six in 10 of “of R&D-intensive firms” reported a spending jump last year, WIPO said in its latest Global Innovation Index, with available data suggesting many governments also pledged extra cash for R&D budgets despite huge fiscal spending and borrowing costs related to the pandemic.

Switzerland retained the top country ranking on the index, with Sweden, the US and Britain staying in the top five alongside new entrant South Korea.

The sole other non-European nation in the top 10 was Singapore, where scientists came up with inventions such as a one-minute breathalyser test for coronavirus.

The highest-ranked “middle income” innovator was China, at 12th, while neighbours India, Thailand and Vietnam broke into the top 50, meaning they are “systematically catching up,” according to WIPO, a United Nations “specialized agency” that “assists” governments with “developing a balanced international IP legal framework to meet society’s evolving needs.”