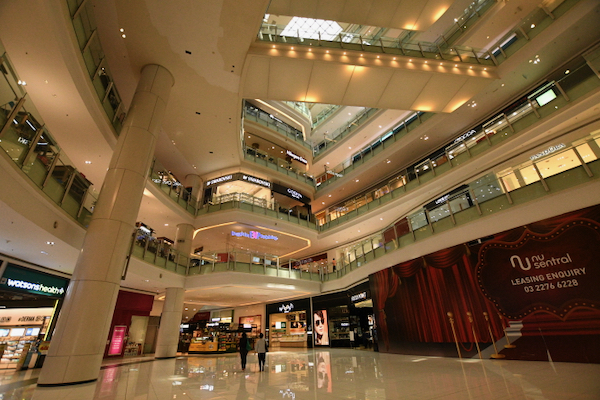 Not many people around in this central Kuala Lumpur mall, more than three weeks after the end of Malaysia’s lockdown (Simon Roughneen)

Much of East Asia and the Pacific faces far slower economic growth than was expected a few months ago, according to the World Bank, which on Tuesday slashed its outlook for most of the region’s 18 countries.

Measured without China, the rest of the East Asia and Pacific’s “developing” economies are set to expand by 2.5 per cent this year, the bank warned, cutting a forecast of 4.4 per cent made in April before regional coronavirus case numbers and deaths soared.

The less rosy outlook is due to pandemic restrictions “constraining economic activity,” according to the bank. It said the Delta variant and attempts to slow its spread were “disrupting production” and hindering prospects of a recovery for tourism, which accounts for around 10 per cent gross domestic product (GDP) in Malaysia and Thailand, among other countries.

Some countries face being hit with an economic variant of “long Covid,” the bank warned, saying the impact would “reduce growth and increase inequality.”

The worst-hit country is expected to be Myanmar, where the army seized power in February. The World Bank echoed a warning issued last week by the Manila-based Asian Development Bank (ADB) that the violence-wracked South-East Asian nation’s GDP could shrink by almost 20 per cent this year.

Growth in Myanmar’s neighbour, China, the world’s second biggest economy and by far the region’s biggest, could hit 8.5 per cent, according to the World Bank. Earlier this month, the bank cancelled its annual global ‘Doing Business’ report after investigators said officials had pressured researchers to boost China’s ranking.