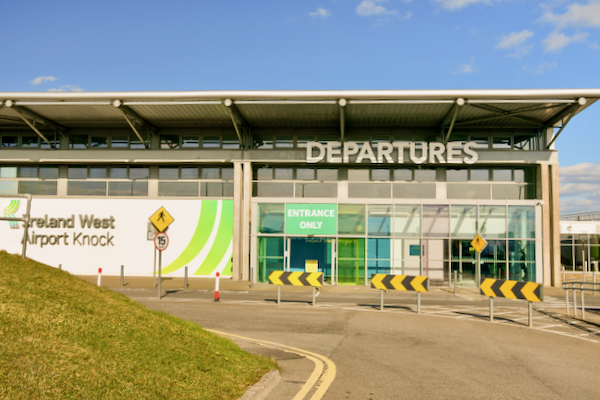 DUBLIN — Footfall at Ireland’s airports plunged last year, according to official data released on Wednesday, with numbers down almost 80 per cent compared to 2019.

The Central Statistics Office (CSO) said almost 8.3 million passengers passed through Irish airports in 2020, down from roughly 38 million the year before.

Almost 5 million of the 2020 total passed through the airports in January and February, before numbers plummeted in the wake of the World Health Organization declaring a pandemic in March and governments imposing lockdowns and travel curbs.

The fourth quarter of 2020 saw an even bigger fall, with passenger numbers down 90 per cent compared to late 2019.

The CSO said the decreases “are associated with the restrictions imposed due to Covid-19.”

The number of flights landing or taking off at Ireland’s airports fell by around two-thirds, the CSO said.

The turbulence has continued into 2021, with the Transport Ministry last week saying almost 200,000 people had arrived at Irish airports since the start of 2021.

Tourism usually accounts for between 5 and 10 per cent of Ireland’s gross domestic product.

Ireland has been in a third pandemic lockdown since late December, though the measures were eased slightly this week.

In late March, the government began implementing a hotel quarantine system for arrivals from countries deemed hard-hit by the pandemic, which several detainees have since sought to challenge in court.

The Health Ministry put reservations on hold on Tuesday, after the designated quarantine hotels said they were booked up for the coming weekend.