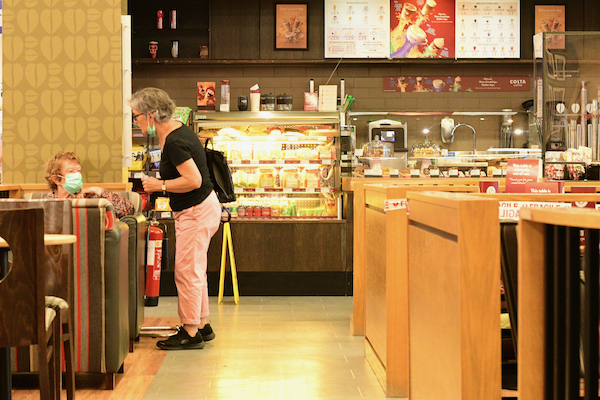 DUBLIN — The interplay of age and vulnerability to illness has been under unprecedented spotlight due to the coronavirus pandemic, which has killed mostly older people affected by pre-existing conditions or ‘co-morbidities.’ with huge death tolls in nursing homes in many countries.

But while the conventional wisdom – that people are more likely to get sick as they get older – still holds, according to the University of Oxford, their health in general, for good or bad, is less likely to be affected by genes as Father Time catches up.

According to a research team led by the university’s Gil McVean, “the genes we inherit from our parents influence our risk for almost all diseases” but “there is a tendency for genetic relative risk to decline with increasing age.”

McVean and colleagues wrote in an article published on Thursday in the journal PLOS Genetics that while “new genomic technologies” can be used to forecast “future disease risk,” the accuracy of predictions can be offset by sex, ethnicity and age.

The research was based on information on half a million British National Health Service (NHS) patients stored in the UK Biobank, which McVean and colleagues analysed to see how genes affect a person’s risk from common conditions such as cancer, heart disease and hypertension.

McVean said that while “genetic factors are most important in determining whether you will get a disease early in life” but “other factors come to dominate risk” as a person gets older.