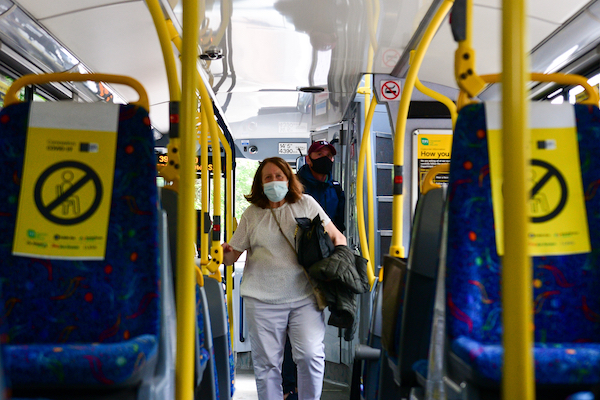 Only one in five of Europeans claim to “still feel free in their everyday life,” around a third as many as before the coronavirus pandemic.

A survey published this week by the European Council on Foreign Relations (ECFR) showed 22 per cent of respondents claiming to feel free, “compared to 64 per cent who say they felt free two years ago, before the pandemic struck.”

The poll, carried out in May and June and taking in over 16,000 people, suggested 41 per cent of Hungarians and 38 per cent of Spaniards “currently feel free,” the highest among the 12 countries canvassed.

Meanwhile one in two Germans, the most of any country, say they are “not free” despite being put under arguably less onerous restrictions than elsewhere.

Blame for the wider crisis was put on governments and institutions by around 40 per cent of people, including a majority of under-30s overall and of French, Hungarians, Poles and Spaniards.

But almost 50 per cent pointed the finger at “members of society” for “not following the rules,” a view shared by majorities of Austrians, Bulgarians, Danes, Dutch, Germans, Portuguese and Swedes, as well as most Europeans aged over 60.

The survey found that “almost two-thirds of respondents over the age of 60 do not feel that they have been personally affected” by the pandemic, even though the virus, which leads to severe illness and death mostly among older people, remains “a threat to their lives.”

In contrast, the young viewed the pandemic as “a threat to their way of life,” with 4 in 10 of under-30s seeing restrictions as government “excuse[s] to increase their control of the public,” a take shared by only 14 per cent of over-60s.

“The economic victims are more likely than others to say that restrictions have been too severe, and they tend to be more sceptical about their governments’ intentions behind lockdowns,” the ECFR said.

A report by the Council of Europe in May said “democratic backsliding” across the continent has been “compounded” by pandemic restrictions, which governments have deemed necessary public health measures to slow the spread of the virus.

That the pandemic led to geographic and generational rifts across the continent was “no surprise,” after the 2007-8 financial meltdown opened a north-south fissure between debtor and creditor nations and the more recent migrant crisis caused divisions between east and west.