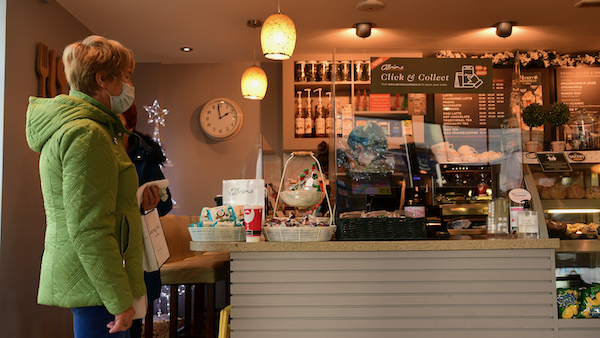 DUBLIN — A rare row brewed on Friday between the usually pro-EU Irish Government and the European Commission, over Dublin forcing arrivals from five European Union member states to quarantine in hotels.
Responding to criticism from the commission, Ireland’s Justice Minister Helen McEntee told broadcaster RTÉ the measures are “proportionate and reasonable.”
Last month Ireland imposed mandatory hotel quarantine for arrivals, including returning Irish, from countries regarded as hard-hit by the pandemic.
Spokesman Christian Wigand said on Friday that the commission sent a letter to the Irish Government questioning the rules, which include EU members Austria, Belgium, France, Italy and Luxembourg among the 71 listed countries.
“Less restrictive” measures could be used, Wigand said, including exempting “essential” travel within the bloc.
The commission has contacted several other EU members, including Germany, Hungary and Belgium, over their pandemic-related restrictions on arrivals, which Justice Commissioner Didier Reynders said should be “proportional and non-discriminatory.”
On Thursday, Italy’s ambassador in Dublin Paolo Serpi slammed the Irish curbs as “discriminatory,” prompting Ireland’s Health Minister Stephen Donnelly to say “I make no apologies” for the measures.
Some support for Ireland came from outside the EU, with the embassy of hard-hit Brazil describing the rules as “logical.”
Pandemi-related quarantine for arrivals has been uncontroversial outside Europe. Most Asia-Pacific countries have imposed such requirements on arrivals since March last year.
Ireland’s system ran into trouble shortly after being introduced, with several people escaping before being arrested and other detainees mounting legal challenges on grounds ranging from saying people with immunity should be exempt, to labelling the measures a breach of Ireland’s constitution.
A shortage of quarantine rooms resulted in the government this week putting the bookings system on ice from Wednesday until Saturday.
Ireland imposed a third virus lockdown in late December. Some rules were relaxed at the start of this week, though pubs and restaurants remain closed as does most retail and public religious worship.
Show
Follow us on TwitterFollow @Arevico
Share