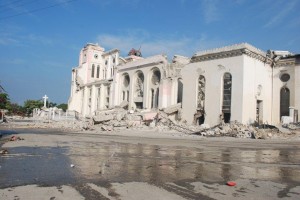 PORT-AU-PRINCE — Four days after the Jan. 12 earthquake that destroyed much of Haiti’s capital, surprising news made its way to Jean-Claude Jérémie, making him jump from his spot at a camp close to the port. Like hundreds of thousands of his compatriots, he now sleeps outdoors, his home destroyed. It was news of a phone call. “The call was from Father Benoit, he was missing since the earthquake, everyone thought he was dead”. “So where was he calling from?”  “He said ‘I am under the concrete, buried here.”