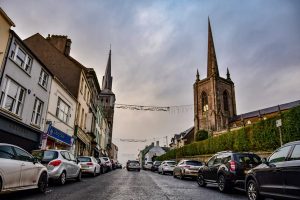 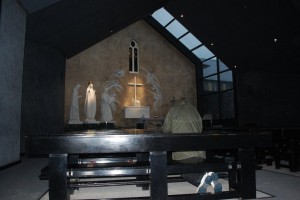 DUBLIN — A second employee of Sinn Féin, the Northern Ireland political party linked to the Irish Republican Army (IRA), has emerged as a long-time British agent, the second such revelation in recent weeks. Richard Lavelle from Fermanagh, near the border with the Irish Republic, admitted on Thursday that he was an agent for the Special Branch of the UK security services, which worked to counter the activities of the Irish Republican Army (IRA). The statement follows the 9 December revelation that Denis Donaldson, a senior Sinn Féin official and former IRA man who served a prison sentence for an attempt to bomb a distillery and government buildings, had been a British agent for over 20 years. Lavelle is said not to be a current Sinn Féin party member, but had, by the party’s own admission, worked on electoral campaigning. Donaldson ironically had been one of three Sinn Féin workers suspected of intelligence gathering on behalf of the IRA at the Belfast headquarters of Northern Ireland’s devolved government. He also claimed that the spy ring was a fiction created by British intelligence.

DUBLIN — Some two months after the Irish Republican Army (IRA) announced on 28 July the end of its 40-year armed campaign against British rule in Northern Ireland, the Independent International Commission on Decommissioning (IMC) said the IRA had “met its commitment to put all arms beyond use in a manner called for by the legislation.” Before that, Northern Ireland’s peace process had stalled. Now, the hope is that IRA disarmament will mean an eventual return to the devolved executive and assembly – the institutional centerpieces of the 1998 Good Friday peace agreement – and the development of a more stable post-conflict transition. Allegations of IRA intelligence gathering at the devolved institutions headquarters led to the suspension of those institutions in October 2002. Throughout the peace process, the IRA’s retention of its arsenal and its alleged adherence to criminality were repeatedly cited by unionists as the reason they could not cooperate with Sinn Féin, the political party linked to the IRA, in a devolved executive in Northern Ireland. Now, as Social Democratic and Labour Party (SDLP) leader Mark Durkan told ISN Security Watch, “the big boulder – the refusal of the IRA to disarm – has been removed, that stone has now been rolled away.”