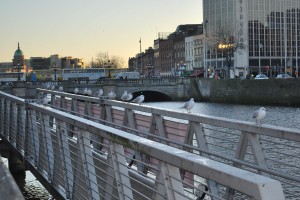 DUBLIN – Europe is becoming a new horizon for China’s business-based diplomacy, less than a year after the European Union overtook the US to become China’s second-largest trading partner. Chinese investment expansion is increasingly turning to Europe, and it is finding a grateful audience. Last September, before the arrival of the International Monetary Fund and an €85 billion bailout offer-you-can’t-refuse for the economy once known as the Celtic Tiger, Ireland Prime Minister Brian Cowen tried to sell Chinese investors on the proposition that the country could be a low-tax Anglophone gateway to Europe. After meeting with a Politburo delegation in Dublin, Cowen said that China’s representatives had vowed to be “as helpful as they can to a friend like Ireland in the difficult times that we have.” That friendship appears to include a consortium of Chinese investors who are starting work on “an investment gateway to Europe” – an industrial park in central Ireland. 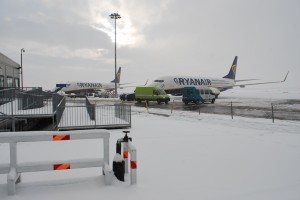 The tale could begin, “During the short reign of the Ritalin King cameth the downturn. . . .” During his six-month EU presidency, Nicolas Sarkozy laced into any number of challenges with a typically hyperactive gusto and self-importance. The spirit of the Sun King may have been whispering in Sarko’s ear, as he put his own stamp on Louis XIV’s famous motto…”L’Europe, c’est moi.” When time came to pass the EU crown to Prague, the Frenchman threatened to boycott the handover, after unsuccessfully pushing for self-serving alternatives to existing EU mechanisms.