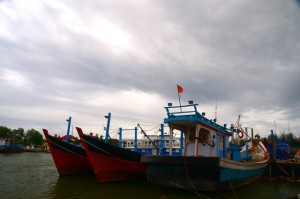 JAKARTA — Maritime piracy attacks in Asia fell by more than two-thirds in the first half of 2016 compared to a year ago, suggesting that regional efforts to reduce the number of incidents are making headway amid a global decline in the number of ships seized or ambushed. Even so, Indonesia remains a hotspot that in the first half of the year saw about one quarter of all piracy attacks reported worldwide take place in its waters. In addition, the waters between Malaysia and Indonesia remain dangerous because of kidnappings by the Abu Sayyaf terrorist group, which recently executed two Canadian hostages and is holding at least 10 more for ransom. “A search on our database shows 141 incidents [worldwide] this year until Sept. 5,” said Natasha Brown, an official at the International Maritime Organization, a United Nations agency. There were 223 incidents in the comparable period of 2015, indicating “a downward year on year trend,” Brown told the Nikkei Asian Review. The International Maritime Bureau, part of the International Chamber of Commerce, also reported that pirate attacks were down significantly in 2016 compared with a year ago, with only 98 attacks worldwide in the first six months of 2016 — the lowest in 21 years.