DERRY – The latest attempts to forge a breakthrough in Northern Ireland’s peace process appear to have failed this morning, with the verification of IRA disarmament the remaining stumbling block. Democratic Unionist Party (DUP) leader, Reverend Ian Paisley, said while “we’ve never been closer to a settlement”, the IRA must “surrender”. However, it appears that the IRA will not consent to giving photographic evidence that their weapons have been destroyed – a key DUP demand. Sinn Féin leader Gerry Adams, whose party is regarded as the IRA’s political wing, said last night the IRA would not “submit to humiliation” by giving photographic evidence of disarmament. Northern Ireland’s three decades of civil conflict up to 1998 saw over 3,600 people killed as mostly Catholic Irish nationalists and republicans, who want Northern Ireland to merge with the Republic of Ireland to the south, faced off against mostly Protestant unionists or loyalists who want to remain part of the United Kingdom. British soldiers flooded Northern Ireland but were viewed by many nationalists as a hostile occupation force.

DERRY – It has been two weeks since the Irish and British governments handed Sinn Féin and the Democratic Unionist Party (DUP) its revised terms for the restoration of devolution to Northern Ireland, a key part of the 1998 peace deal that ended three decades of civil conflict in the region. Since then, both parties have consulted their grassroots, come up with responses and requests for clarification for the governments, and engaged in a series of talks with relevant policymakers in Belfast, Dublin, and London. However their respective dealings have not included face-to-face meetings as the DUP refuses to meet with a party it sees as indistinguishable from the Provisional Irish Republican Army (IRA). The discussions have so far been mediated by the Irish and British governments. This morning the DUP leader Reverend Ian Paisley was in London to meet British Prime Minister Tony Blair, while a Sinn Féin delegation led by Gerry Adams was in Dublin to meet the Irish Prime Minister Bertie Ahern.

DERRY — Three days of intensive talks on Northern Ireland’s political future ended on Saturday afternoon without a deal. However  the Irish and British governments remained positive in the aftermath of this latest failure to resolve the ongoing problems in fully implementing the Good Friday Agreement, Northern Ireland’s landmark peace deal forged in 1998. Both British Prime Minster Tony Blair and his Irish counterpart Bertie Ahern believe that the basis is there for an agreement in the near future. Held at Leeds Castle in Kent in the south of England, the much-anticipated talks opened amid an uncertain atmosphere. 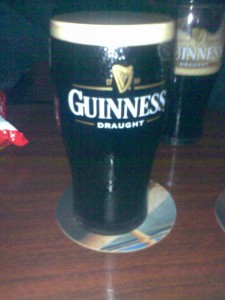