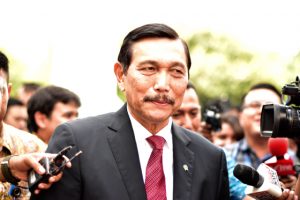 JAKARTA — There is a sense of urgency in Indonesian President Joko Widodo’s appointment of new members to his Cabinet — notably in the selection of the high-profile managing director of the World Bank, Sri Mulyani Indrawati. Indonesia’s economic growth has been slower than expected, infrastructure development — intended to leverage the economy — has been sluggish, while tax revenue is falling short of ambitious targets. Poor coordination among ministries has been partially blamed for hampering many important infrastructure projects. In the meantime, Widodo’s new flagship policy to boost tax revenues to finance development projects — a tax amnesty — is progressing very slowly. It is against this background that Widodo announced on Wednesday his new Cabinet lineup — which includes major changes in the economic team. “I want all the ministers, all heads of government institutions to work faster, to work more effectively, in a team that is solid and is supportive to one another,” Widodo told a Cabinet meeting less than two hours after nine new ministers were sworn in.