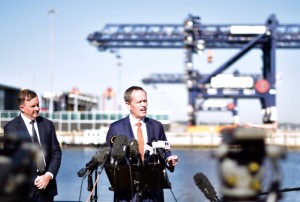 SYDNEY – On the eve of voting Australia’s July 2 national elections looks set to produce a hung parliament, raising the prospect of a raft of smaller parties and independents winning seats, and precipitating lengthy horse-trading before a government can be formed. By June 30, almost 2.5 million people had taken part in the early voting system set up for people unable to vote on July 2. One of those early voters, David Le, a 34-year-old banker, said that “in a time when the country is stable but the main political parties are not, people are going to look for alternatives.” “In common with much of the rest of the western world, there is a general skepticism about the ethics and morality of politics, and in Australia in particular the frequent deposing of prime ministers,” said John Warhurst. “What we are seeing in the opinion polls is increased votes for the minor parties, but often that’s used to cast a protest,” Albanese, told the Nikkei Asian Review. But Albanese, the shadow minister for infrastructure, transport, cities and tourism, conceded that possible gains for smaller parties remained “one of the great unknowns” of the July 2 election. He would not be drawn on whether a strong showing for the Greens and other independents could help Labor form a coalition. “We’re aiming to govern in our own right, 76 seats, that’s the aim.” Asked if he thought smaller parties would fare as well as opinion polls suggest, Prime Minister Malcolm Turnbull said: “Tomorrow the Australian people will tell us emphatically and decisively.”