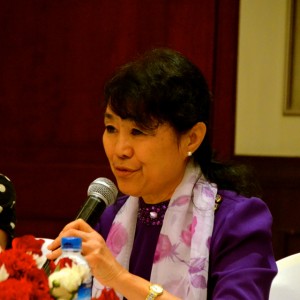 YANGON — Myanmar’s garment manufacturers have signaled their opposition to a proposed national minimum wage of just over $3 per day, saying the increase could force factories in the vital industry to close. “With that wage, businesses cannot survive,” said Khine Khine Nwe, secretary general of the Myanmar Garment Manufacturers Association, which represents 280 factories employing around 200,000 workers. The apparel industry’s resistance to the proposed minimum wage drew a sharp rebuke from local labor groups, as well as the International Trade Union Confederation. “The new minimum wage will still leave workers and their dependents just above the global severe poverty line of $1.25 per person, and many will still struggle to make ends meet,” said ITUC General Secretary Sharan Burrow. 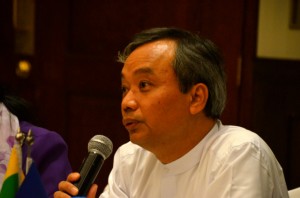 YANGON – Aung Soe, deputy director general of the commerce ministry’s trade promotion department, told the Nikkei Asian Review that “we are still mainly exporting primary products, but we hope this is the beginning of an increase in productivity and competitiveness.” But billions of dollars worth of logs, gems and opium have been smuggled out of Myanmar in recent decades, distorting one of the world’s poorest economies but guaranteeing huge wealth for connected elites. Meanwhile, owners of small and medium-sized enterprises, the majority of the country’s businesses, have typically found it difficult to get bank loans due to stringent borrowing requirements, denying them vital funds to grow their businesses or to finance exports.