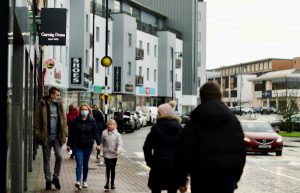 DUBLIN — The International Monetary Fund said on Tuesday the world economy could recover faster than expected this year, revising its January projection up by 0.5 percentage points to 6 per cent.The United States and China, the world’s two biggest economies, are likely to grow by 6.4 per cent and 8.4 per cent in 2021, driving the global rebound if pandemic-related economic curbs can be rolled back, the IMF said in a report published on Tuesday. But while “a way out of this health and economic crisis is increasingly visible,” according to the IMF’s Gita Gopinath, “divergent recovery paths” will likely result in increased poverty in so-called emerging markets and low-income countries, which could struggle to recover.