http://www.islamonline.net/servlet/Satellite?c=Article_C&cid=1225200768754&pagename=Zone-English-Muslim_Affairs%2FMAELayout Despite objecting to previous initiatives to get a UN peacekeeping force in to the western Sudan region, Qatar...
Conflict in the Darfur region in western Sudan has raged since early 2003, with massive loss of life, displacement...
http://forums.csis.org/africa/?p=86 At a European Union (EU) foreign ministers meeting on January 28, it was finally confirmed that Ireland’s Lieutenant-General...
http://www.irishtimes.com/newspaper/opinion/2008/0202/index.html Events in Chad have postponed the deployment of the Irish-led EU force. Simon Roughneen explains why, if the...

http://www.opendemocracy.net/democracy-africa_democracy/darfur_peace_3677.jsp at FATA BORNO CAMP IN NORTHERN DARFUR HARIAN, a mother of five, smiles and chats as nutrition staff... 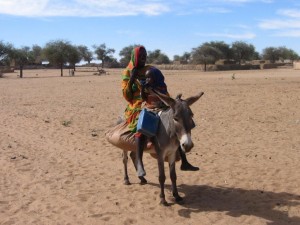