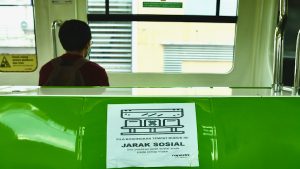 DUBLIN — Ford’s Cologne factory is to pause production of Fiesta models due to a shortage of semiconductors usually sourced from Malaysian factories, which have been hit hard by the coronavirus pandemic and related government restrictions. The shutdown is to begin on Thursday and last at least two weeks, the company said on Wednesday, and comes as factories around the world are being hit with shortages of computer chips and other components due to manufacturing supply chains snapping due to pandemic curbs. Toyota and Volkswagen are among the other car brands to recently warn of slowing production due to tightening supplies of chips. According to Capital Economics, with “virus disruption” likely to last “at least the next couple of months,” the global shortage of chips is “unlikely to get better any time soon.” 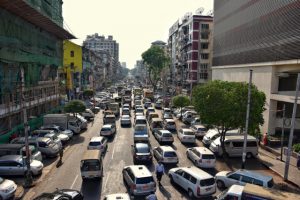 JAKARTA — Vehicle sales in Southeast Asia are set to outpace all other regions of the world during 2017, according to industry research, highlighting surging economic expansion in some parts of the region. But the growing number of new cars and trucks in urban centers is likely to worsen commerce-stifling traffic jams in major cities such as Bangkok, Jakarta and Manila — adding urgency to much needed transport infrastructure upgrades throughout much of the region. BMI Research — part of Fitch Group, a financial information company — has forecast that total vehicle sales in the Association of Southeast Asian Nations will grow 8.1% in 2017, a marked increase in the combined 3.1% car sales growth the previous year across the 10 ASEAN countries, and more than double the sales growth rate of 3.7% projected for Asia as a whole in 2017. “Looking at passenger cars specifically, we expect Cambodia, the Philippines and Vietnam to be the best performing autos markets in the ASEAN region in 2017 with forecast growth of 20.4%, 19.2% and 18.0% in passenger car sales respectively,” BMI said in a recent report on the sector, citing “solid economic growth, strong private consumption and tax reform” as drivers of the car sales spike.